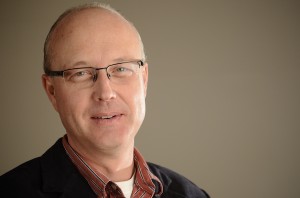 David Peck is an experienced public speaker, acclaimed sleight of hand magician, university lecturer, and innovative social entrepreneur.  He began his professional life as an electrician more than 18 years ago, and  has since achieved a Master’s degree in Philosophy from the University of Guelph in Guelph, Ontario,  Canada in 2006.  He has also gained a reputation as an innovative and engaging public speaker, addressing  topics ranging from personal motivation to social justice issues.  In 2008, he founded SoChange, a  groundbreaking organization that works alongside members of the non-governmental community in areas such as fundraising, advocacy, and capacity building.   He currently resides in Oakville, Ontario with his wife, Elizabeth, and two children.

In addition to opening for comedy greats such as Drew Carey and Jerry Seinfeld and musical groups such as the Nylons,  Matthew DiSero has been a headline comedian at Ohio’s annual “Great Lakes Comedy Festival”, Regina Comedy Festival and The HubCap comedy festival.  His unique blend of comedy and magic blends the  two arts together to create an interactive, clean and funny show that promises to appeal to a wide  variety of audiences.  A resident of Toronto, Matthew divides his time between Canada and the United  States.  In  addition to his live performances, he has been featured on such television programs as Comedy Central’s “Comedy at Club 54”. As an avid golfer, Matthew plays in and performs at many celebrity tournaments including the “Curtis Joseph Golf Classic” and the “Bell Canadian Open.”